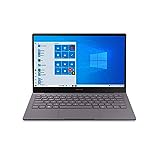 View on Amazon
View on Samsung

One of the hugest factors pushing the laptop industry forward is the gaming community and game studios that keep putting graphically improved games out year after year.

Some gamers are content with free and indie games which require less of the GPU, while others seek to play the latest AAA titles.

Today we will check what sort of gamer can benefit from the Samsung Galaxy Book.

Samsung Galaxy Book Flex is not a gaming laptop, but rather a device you would use for programming, work and study. However, if you want to play only indie and free games, the machine will make do for you.

It comes with integrated graphics of the Intel Iris Plus series. The Iris family is one of the latest currently being manufactured by Intel, gradually replacing the HD family.

You can find plenty of laptops running an Intel HD or UHD 620 integrated graphics card. If you take a look at benchmarks, you will notice that the Iris Plus family is slightly more powerful.

Can you game on Samsung Galaxy Book Flex?

Galaxy Book Flex features the integrated graphic cards made by Intel, which are good enough to play plenty of free games, such as League of Legends, Dota 2, Overwatch, Fortnite, and so on. They can even run some little older AAA titles, or new games built on Unity (Biomutant and anything similar to it).

If you are waiting for certain titles such as Hot Wheels Unleashed or other racing games developed by Milestone, you might rest assured that this laptop will run them, even if at the lowest configurations.

If you want to play Skyrim, which is a very appraised title, you should face no hardship since the game is already 10 years old!

Certain studios like this one make games that offer low graphics options which are compatible with the latest integrated cards.

More appraised titles, though, might run with more difficulty on such a laptop. Sekiro, The Witcher 3, Star Wars Fallen Order, Horizon Zero Dawn, and Immortals: Phoenyx Rising, are almost certainly a no-no.

If you are a fan of emulation, however, you might find the laptop incredible for that. Emulation many times cares more about CPU than GPU.

An example of this is CEMU, the emulator which runs Wii U games such as Mario Kart 8 and Zelda: Breath of the Wild. Since Galaxy Book Flex comes with Intel Core i7, it will run these titles as smoothly as possible.

What is the downside when using Samsung Galaxy Book for gaming?

The biggest downside is that you are using a non-gaming machine for gaming. It starts with the lack of dedicated GPU, meaning that plenty of games you won’t be able to play at maximum quality.

Moreover, since the laptop isn’t built for gaming, there is a chance it will overheat when you are running games. Sure, certain games such as indie titles won’t hurt it. League of Legends is also heavily optimized to run almost on any machine.

Samsung Galaxy Book Flex may overheat with more intense options because it only features one cooling fan, while many gaming laptops nowadays feature two or even three of them. To counteract heating while gaming, it might pay off to acquire a cooling pad.

What are the pros of the Samsung Galaxy Book?

The Galaxy Book series comprises different models for different needs, but overall they are clearly designed for students and office workers who need quick access to the internet, to files, and to run all applications swiftly.

Even without a dedicated GPU, the Iris integrated graphics card handles relatively heavy tasks such as editing pictures on PhotoShop or videos on Adobe Premiere. And it does such tasks with the help of a powerful Intel Core i7 processor and SSD storage.

Depending on the exact model you pick up, you can have 8GB RAM or 16GB RAM. The Pro model has 16GB RAM, meaning it will satisfy the needs of all professionals, from coders to designers and engineers.

Content creators that work with YouTube, Twitch, and any other platform will benefit from this family of laptops.

As already mentioned, it handles some games, so you can still stream to Twitch or YouTube and later use your gameplay to edit the way you like with your preferred editing app.

Physically, the laptop is sleek, sturdy, and fits comfortably on any bag or backpack. You can take it anywhere, be the Pro model with its 15-inch display or the Flex with its 13-inch.

The Book family is designed for folks who don’t stay with their laptops only at one place, but rather need to take them to work, college, meetings, and anything else you can imagine.

What is the best Galaxy Book for gaming?

This would certainly be the Samsung Galaxy Book Pro. As the name suggests, it is on the higher-end spectrum of the Galaxy Book family. Only the Pro edition comes with 16GB RAM.

This much RAM can make an important difference when you are gaming, increasing FPS, response time, preventing your applications from closing unexpectedly, etc.

The problems you might face with it still are those described few sections above. Since it only comes with Iris Xe G7 96EUs instead of a dedicated GPU, you shouldn’t risk playing very heavy games.

But it can run any indie game and all free games with ease. So, it becomes the perfect device for studying and working while gaming on the off-hours.

What is the best alternative laptop for gaming?

Since you seem to be looking for a Samsung laptop, the first move would be to recommend you a Samsung model which is more well suited for gaming. That, however, is not an option since Samsung hasn’t manufactured gaming models recently.

Razer Blade 15 Base is one of the best gaming laptops you could ask for in 2021. Even if it is a 15-inch laptop with hardware powerful enough for gaming, it is still as lightweight as possible and fits easily on your backpack to carry it around.

Yes, it can. Galaxy Book S is the less powerful version of the Galaxy Book family, but it still meets the minimum requirements to play Fortnite.

To make sure, let’s check which is the minimum requirement for playing the game:

Let’s compare that to the specs of a Samsung Galaxy Book S:

As you can see, Samsung Galaxy Book S has enough to run Fortnite and also other games with similar requirements.

However, it is not a gaming laptop by any means and is not really recommended for gaming. It is a laptop better suited for studying and working, similar to Chromebooks.

The fact that it has Windows instead of Chrome OS helps you with installing games, though.

The Galaxy Book family isn’t intended for gaming, but you can make good use of these laptops for light gaming if you are a fan of indie games as well as free titles.

If you are looking for the best Galaxy Book for work that you can also use for games when you need a break, the Pro version will become a great acquisition doubtless.