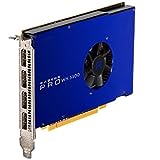 View on Amazon
View on B&H

For developing projects in Fusion 360, the speed and capability of your computer determines how seamless your experience will be. From what we already know, your CPU is as important as anything else.

In this article, we’re going to look at whether using a high-quality GPU will have any significant impact on the quality of your Fusion 360 experience.

No, it does not. Fusion 360 does not need the GPU to run. Instead, it uses your computer CPU. CPU usage provides better flexibility and offers consistent results across platforms. It also offers reliable performance across a large spectrum of situations where you may run Fusion 360 or related tasks.

That doesn’t necessarily mean that your GPU is useless when you run Fusion 360. Most GPUs offer dedicated video RAM, which is quite useful when taking part in projects with complex modeling and processing tasks.

Having said that, make sure that you have a robust CPU first before you get a better GPU.

You also don’t have to spend much on a high-powered GPU, a standard one will work just as well for Fusion 360.

That’s another reason why Fusion 360 run just fine on Mac and Chromebook.

Do You Need Higher GPU To Run Mechanical Design and 3D Modeling?

No, not really, but it helps.

Fusion 360 incredibly depends on your CPU to create complex models with plenty of detail. So, the better your CPU, the better the speed and your results.

Why Does Fusion 360 Take So Long to Load?

Fusion 360 should ordinarily start up quickly when you launch it on your PC. If it isn’t doing this, then there’s a problem. Let’s look at several reasons that might cause this issue:

The first (and most obvious) problem could be that your device does not meet the system requirements for running Fusion 360.

Make sure that you’re running the latest version of your OS. Also, make sure that your hardware meets the required specifications. If not, it may be time to get hardware upgrades or buy a new device altogether.

Clear your local cache. Once you clear all your non-design data from the cache, you’ll notice a drastic increase in performance and speed.

Maybe another program running concurrently is using the same CPU resources as Fusion 360. To end this interference, please close all other programs running on your PC, including Fusion 360. Once you have confirmed that no other non-essential program is running, restart Fusion 360. This should solve that issue.

Also, check your internet connection. Ensure that your computer connects to the internet. If not, connect to your service right away. You can also perform an internet speed test and confirm that you have at least 2.5 Mbps download speeds and 500Kbps upload speeds. If you’re dealing with poor internet services, you can call your ISP to upgrade your plan or boost your speeds. If not…

You can launch Fusion 360 in offline mode. While offline, it will launch much quicker. You can also troubleshoot network configuration issues from their website on a separate device.

If all else fails, you may have to perform a clean uninstall and reinstall Fusion 360 on your device. This will get rid of any internal file corruption or bad settings.

Autodesk recommends you use at least 4GB of RAM, or for optimal results, integrated graphics with 6GB or more of RAM. 8GB is more than sufficient for ordinary CAD tasks.

Even for advanced modeling and processing tasks, Fusion 360 requires at least 8GB RAM, which is still enough.

You’ll make marginal gains in performance with more RAM in these situations, but 8GB will do the job just fine.

Does Fusion 360 Use Multiple Cores?

Yes it does. Your installation of Fusion 360 can use multiple cores at once, but only for extremely demanding tasks. Otherwise, because Fusion 360 runs many single-threaded simulations, it will not require all your CPU to solve these simulations. Many basic tasks can run on one core, but other design operations will scale across your processing cores.

A good example of such an intensive task is rendering, which will use all your cores.

Fusion 360 allows you to set how many cores it can use during simulation. To do so, follow these steps:

Can Dual Monitors Slow Down Fusion 360?

I cannot say for sure that it does, but it could be a contributing factor. Fusion 360 does not support use of dual monitors. You cannot split the program into two instances that run on two separate monitors.

Generally speaking, Dual monitors slow down down your computer if you’ll be using them to run more programs.

However, I don’t think you should stop using dual monitors, so long as Fusion runs on only one of them.

Use the second screen for other auxiliary tasks like browsing the internet, viewing tutorials and manufacturing documents, or making calculations.

You can perform these tasks without having to minimize Fusion 360 into the tray.

How to Improve The Performance of Fusion 360

First, make sure that your operating system is up to date. If not, update it, and this should solve your issues. If Fusion 360 is still dragging or freezing:

One additional tip for mac only:

As stated before, Fusion 360 is not GPU-intensive, but it helps to have a powerful one for advanced modeling and processing tasks.

It also has quad-display support for any combination of four monitors you may use for your computer setup.

With 4GB VRAM, this card can support advanced Fusion 360 functionalities without issues.

It uses NVIDIA’s Turing architecture with a boost clock that can reach up to 1695MHz speeds. It is 4K UHD-ready for lovers of ultra-high resolution gaming and movies.

This memory size also makes it a reliable choice for Fusion 360 users. Besides that, it can also support 4K UHD resolution and DirectX 12, a favorite of many gamers.

As another titan produced by AMD, this GPU features a whooping 8GB GDDR5 that completely floors all your gaming and video graphic needs.

The WX5100 can seem like overkill, but it’s also ideal for Fusion 360’s rendering needs. It can reach clock speeds of up to 713 MHz, making it one of the fastest GPUs in the market right now.

With clock speeds of up to 2105MHz, this GPU is one of the most powerful yet. It features 16GB GDDR6 VRAM that easily exceeds what you’d need for intense Fusion 360 tasks.

It can output video to three simultaneous screens and is 8K ready.

As we have found out above, you can get yourself a GPU, but do not expect a spectacular increase in performance.

Not to worry, though. The Autodesk Development team continues to look into a future where you can use your GPU to speed up performing your Fusion 360 tasks.

Until then, get a standard GPU that supports DirectX12 and has over 4GB of VRAM. It will help with your complex modeling needs.

Otherwise, make sure you have a robust CPU to get the best out of your Fusion 360 installation.