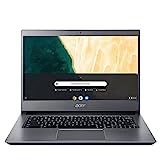 Last update on 2022-06-25 / As an Amazon Associate, we earn from qualifying purchases. Learn more about us.

Chromebooks are light devices both in weight and hardware. They are built up mainly for working and studying, so let’s check if they are any good to go with Microsoft Teams and Office 365.

Will Microsoft Teams work on a Chromebook?

Yes. It is important to keep in mind that Microsoft Teams can work on any laptop or smartphone. That being said, you shouldn’t have any trouble setting it up on your Chromebook.

You have two options to use this tool on Chrome OS: download from Play Store or use the web-based version.

Since Chrome OS and Android are both made by Google, Chrome OS has support to PlayStore apps that you would normally download into your Android smartphone.

If you are fonder of downloading apps rather than depending on their web-based version, downloading Microsoft Teams is a no-brainer.

Keep in mind, though, that Chromebooks have very limited storage, and the cleanest you keep your memory, the better.

Here are the few steps you need to follow to install Microsoft Teams on your Chromebook:

One advantage of the app over the web version is that it allows you to shrink the portion of the screen it occupies.

That way it won’t feel like a blown-up phone app on your computer. This is especially great when you are using a Chromebook with a small display. Moreover, since it is made for Android phones, it has nice compatibility with touchscreen laptops.

Even though the app version is available, you might find the web app a better option when you are using a laptop/Chromebook. After all, it is common for browser versions to be more complete and offer a better viewing of all that’s going on.

Accessing it is very simple:

The web application of Microsoft Teams is similar to the software you can download for Windows and macOS. So, you should expect ease to manage your tasks and those of your team in case you are in charge.

What’s more, you can use it in a standalone window separate from your browser and turn desktop notifications on as you would with the regular client. To use the application this way you must:

If you do this, you won’t need to open your browser every time you want to launch Microsoft Teams.

You can just go to the app tray and find the Microsoft Teams icon. Better yet, you can pin the app to your shelf to access it in the blink of an eye.

Is Office 365 free on Chromebook?

Only if you use the web-based version of its apps. Similar to plenty of other applications nowadays, you have the option to download Office from the Play Store or to use its browser version.

There certainly are differences between the two versions. The web version has fewer functions since it is meant to be a lite alternative in case you don’t want to download the full Office package and pay the monthly subscription.

Limitations you will face with the web version are:

These are only the most basic limitations you might run into while you use the web version. Microsoft has thoughtfully elaborated this article showing all the differences between the web and desktop versions of the Office apps.

The other option you have if you are using a Chromebook is to download the complete Microsoft Office from the PlayStore.

Some time ago you had to download each app separately, but nowadays you can just search for “Microsoft Office” on the store.

You will still see separated apps (Word, Excel, PowerPoint, etc.) but you can download all of them in the Office package. Read 3 Popular Chromebooks For Excel.

Note that these app versions of Microsoft Office are built to be comparable to what you can download on Windows and macOS, thus you will have to pay to use them.

Sometimes, upon buying your Chromebook you get a one-year subscription to Microsoft Office. You get a card with a code that you just have to activate.

If you are looking to buy a Chromebook and need to use Office, you can check some deals like that on sites such as Best Buy.

Should you buy a Chromebook or laptop for Microsoft tools?

If you are attached to using Microsoft Office apps, meaning that you need them to work and study and can’t replace them with anything else, a Windows laptop is the best option.

It might sound weird to read that in an article that will even recommend you Chromebooks to use Microsoft tools, but from a usability perspective, Windows is better.

However, that does not put an end to the topic. What was considering in the above paragraph is the fact that the PlayStore version of Office has fewer tools than what you can download on a proper Windows laptop. Some of these tools might make a difference depending on what your needs are.

A Chromebook is still a good device because Chrome OS is fast and has great connectivity with web-based applications.

Most people don’t use all the options available in Microsoft Office apps, so if you need a device that is easy to carry around and does everything quickly, a Chromebook is the way to go.

3 Popular Chromebooks For Teams And Office 365

One of the common criticisms leveled against Chromebooks is their lack of support for popular Microsoft apps like the Office 365 Suite.

However, you can use cloud-based alternatives like Google Drive, Sheets and Docs to do most of the tasks you would need Microsoft apps to do.

Since you are going to use a Chromebook to work and study, we selected some genuinely great devices that owe nothing to the most popular Windows laptops.

Last update on 2022-06-25 / As an Amazon Associate, we earn from qualifying purchases. Learn more about us.

Google Pixebook is generally considered the best Chromebook ever released and with due reason. While most Chromebooks have low specs to be cheap and lightweight, Google pushed the bar higher and released a device with great specs.

Of course, this is no cheap device unless you are going for a renewed version of it which you can pick up at Amazon or other retailers.

Pixebook’s design is great and its screen size isn’t too small as other Chromebooks out there.

Since it is one of the top options you can choose, it has a touchscreen and you can use it as a tablet, making it perfect for reading (even though you wouldn’t buy it only for reading).

Its hardware makes it the perfect Chromebook to use Office applications.

Several types of professionals found the Google Pixelbook great. On the other hand, the biggest complaint is its price.

Last update on 2022-06-26 / As an Amazon Associate, we earn from qualifying purchases. Learn more about us.

If you think Pixelbook is great but don’t want to pay its price, the ASUS Chromebook Flip C436 comes in handy as an option that is a bit cheaper and has powerful hardware.

Not as powerful as the Pixelbook, but powerful enough for a Chromebook.

Flip C436 works perfectly for different professionals that need to use Teams and Office. It can work as a tablet if you are only reading or you want to relax and watch videos.

If you like to work at late hours with lights out, its backlit keyboard will help you out.

Most customers love this Chromebook’s performance and being lightweight. However, some point out the fact that its touchscreen isn’t as accurate as it should be.

Last update on 2022-06-26 / As an Amazon Associate, we earn from qualifying purchases. Learn more about us.

The last recommended device in this article is an Acer machine. Acer is known for making laptops for all purposes, including gaming. This device, though, is completely optimized for working.

This is the only Chromebook in the article that won’t function as a tablet, but it still is touchscreen.

In case you don’t want this feature, you can find Acer Chromebooks that are a bit cheaper. However, the touchscreen becomes of great utility for some apps.

Similar to the other Chromebooks recommended here, all customers regard this device as excellent to work and study, as well as to run other light applications (even some games).

On the other hand, some people might find its brightness uncomfortable for the eyes.

Right now, Chromebooks are as functional as you would expect any laptop to be. You don’t lose much if you opt for a Chromebook instead of a Windows laptop.

You gain in OS speed and app connectivity. If you plan to get a device to work and study and running Teams and Office is a requirement, getting a powerful (or even a humble) Chromebook is a great choice.