League of Legends is entering its 12th ranked season and it only keeps getting more popular, especially after Arcane’s success on Netflix. If you want a nice ASUS laptop to play League either casually or competitively, we can help you pick the best option. 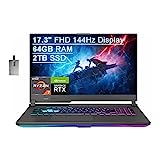 View on Amazon
View on ASUS

Can Asus run League Of Legends?

Most ASUS Laptops can run League of Legends, even some of those that aren’t specifically designed for gamers. As long as your laptop has at least 4GB of RAM, a dedicated GPU, and a Core i3 CPU, you’ll have no trouble running the game.

What laptop can support League of Legends?

The requirements for playing League of Legends are very low, actually. The game is intended to run on almost any machine, as you can see from the minimum specs:

However, because these are the minimum requirements, you can’t expect to get the best gaming experience.

ASUS Vivobook will run League of Legends with somewhat decent FPS, especially if you get one of the most recent models that come with Intel UHD Graphics or Intel Iris Xe. Models that feature more RAM will provide a better experience.

Is Asus Vivobook a Good Laptop?

If your focus is on gaming, Vivobook is only good for games that don’t require much from the GPU. On the other hand, if you use your laptop for routine office work such as email and browsing the web, then Vivobook is a terrific laptop because it’s slim.

If the only game you plan to play is League of Legends, and you don’t plan to splurge, the VivoBook 15 will be a decent option. It doesn’t have a dedicated GPU, but it’s slim and has been upgraded with excellent specs Its hardware includes:

Intel Iris Xe is the best integrated graphics card you can get right now. Paired with the 11th generation Intel Core processor, the combo can endure long hours playing League of Legends with good FPS so that you don’t miss the action on team fights.

The audio output is subpar, but aside from that there isn’t much to worry.

The OLED screen on the ASUS Vivobook really makes up for the beautiful visuals on the games you play. Moreover, the thin bezels make it a very slim laptop, so you can take it anywhere. It also has a backlit keyboard to help you with your gaming sessions on late hours.

The previous model included an Intel Core 10th generation, so if you want to keep up to date, it’s better to pick a newer model.

A bit more on the expensive side, the Dash F15 offers dedicated GPU and an overall increase in gaming quality. If you want to enjoy League of Legends with good graphics, this laptop might be the one for you. The specs are:

The battery life on this model is what separates this model from its competitors. Also, you won’t hear the fan spinning like crazy when they need to cool the CPU and GPU, and yet they do a great job. Finally, you’ll find an exceptional number of ports for your peripherals.

Unfortunately, this model doesn’t have a webcam, so you’ll need an external webcam for streaming your games.

What sets this product apart from the competitors?

This is the best entry-level gaming laptop for anyone who wants to play League of Legends or any other competitive game. Its GPU can handle anything, and its price is very enticing.

The GPU and CPU were upgraded, as usual. But aside from that, a Thunderbolt 4 port was included so that you can connect your laptop to external monitors with even more speed.

If you want to play League of Legends not just for fun but in a true competitive fashion, the Strix G15 has all that you need to play with maximum efficiency:

The 300Hz screen is a dream come true for League of Legends players, as you won’t miss any creeps when farming. Plus, you can check the map in real-time to see where you need to move.

In case you were thinking about streaming your best games, you’ll need to get a webcam on the side.

Gamers looking for an aesthetically pleasing but also powerful laptop will drool over this one.

Perhaps you’re one of those gamers who loves laptops with large screens. In that case, the Strix G17 was made especially for you. Here’s what it has to offer:

The advantages on this laptop are numerous, but let’s talk about the main ones:

The bezels are so thin on this model that it doesn’t have a webcam.

What sets it apart from its competitors

It is one of the best 17-inch laptops in the market right now because of the hardware included, the price tag, and the durability of its materials.

Just like the other models we reviewed, the main upgrades include the CPU and GPU. On this model, the company switched from the Intel Core series to AMD Ryzen CPUs.

Asus Zenbook 14 can run League of Legends. Its dedicated GPU makes it a good option if you’re looking for a cheap laptop for League or any other game.

Yes, it can, and we even recommend you pick it up in case you want a truly affordable laptop and the only game you plan to play is League.

The very best pick for entry-level gamers is the ASUS TUF Dash F15. It’s inexpensive but packs a lot of power, and will last you many years playing League of Legends. If you want to go any further, then you can choose between the G15 and G17 (you just need to decide on the screen size).