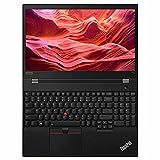 Streaming is fun, and it can be a way to casually connect to people who like the same games as you, while it can become a full-time job. Whatever the case, you need a proper laptop to handle streaming applications and the games at the same time.

In this article, we will explore what Lenovo has put in the market for streamers. There are some budget options, as well as some extremely powerful.

What to look for when buying?

It depends in part on what you plan to play. Fortnite, League of Legends, Magic Arena, and other competitive games will require less of your hardware.

AAA games (Forza Horizon 5, Cyberpunk 2077, etc.), on the other side, will require you to have very good hardware.

A comfortable spot for streaming is:

Legion 5 is currently one of the best models made with gamers in mind. Inside this beast you will find:

Gamers that decide to further improve this laptop’s hardware will find it very easy to add more RAM cards or change the SSD.

Other great features are the backlit keyboard (it is a gamer laptop, after all) and fast charging.

Gamers that want to connect this laptop to an external monitor will find the lack of Thunderbolt 3 to be a bad deal.

What sets it apart from competitors?

This is one of the best cost-benefit gaming laptops you can find in the market. The competition might have some fancy features, but when we talk about raw power, Lenovo delivers it without charging you insane amounts.

Instead of a gaming laptop, the P15S Gen 2 is a mobile workstation. However, it is found in an excellent price range. Its hardware counts with:

Even if meant for working rather than gaming, its hardware will help any streamer to stream and edit clips with all the smoothness needed.

Also, its build quality is better than most gaming laptops you can find.

Customers already reported that this laptop reaches very high temperatures under full load. (but you can fix this with an external cooler, for example)

The antiglare feature and up to 4K resolution make this laptop stand out. Also, the GPU is a beast for processing multiple applications.

Thunderbolt 4 is included in this new version, as well as a backlit keyboard to please gamers or simply anyone that wants to work with lights off.

The best Lenovo laptops that count with a GPU are mobile workstations, and this is one more of them. Inside of it, you will find:

The display on this laptop is very vivid and presents high color accuracy, so it is perfect for gamers that want the best out of their gaming hours. Those features also help when editing clips to post on social media.

Unfortunately, this laptop is designed in such a way that heat doesn’t dissipate well enough to let the Intel Core i7 work to its maximum potential. If you still want to go with this model, then getting a cooling pad is advised.

The 16-inch display is a distinguished size that won’t feel as bulky as a 17-inch model, as well as give you more space to work than a traditional 15-inch laptop.

That, combined with all the powerful hardware, is enough to catch any gamer’s attention.

The GPU got improved since the Gen 3 release. The Quadro from the last generation was good, but the RTX A2000 can take your work to a higher level.

The Legion 7 has all that a gamer could ask in terms of hardware. Surely enough, you can tweak the specs when you are buying. The minimum specs are close to the ones we recommend you buy for streaming, while the maximum can be:

One of the best gaming laptops in the market right now. The 6GB of VRAM is all you need to keep your laptop running all the recent and also upcoming titles for long years.

The display you can get is only FHD. For gaming, it is generally okay, but more options would be nice.

One thing to look out for is the high temperatures to which it can get when under full load. You will probably need external devices to help keep it cool.

Lenovo has worked to deliver one of the best gaming laptops in the market. Even though it runs hot, its build quality is impressive, as well as the amount of raw power you can get for the price it is being sold.

The biggest improvement since the last generation is the inclusion of a more powerful GPU. The gen 5 models counted with an RTX 2080 Super, while this one sports the RTX 3060.

What is the best laptop to stream with?

From Lenovo, we would recommend anyone the Legion Slim 7.

Laptops from Lenovo are usually focused more on working than gaming (even though gaming has become a job for many people), so we ended up bringing a bit of each from the brand.

Gamers who don’t care much about aesthetics and want a more durable laptop perhaps might feel inclined to buy a ThinkPad. However, the Legion series is still available for anyone looking for a gaming laptop from Lenovo.