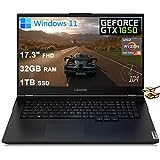 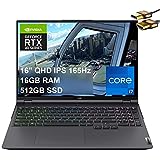 Adobe After Effects takes a heavy toll on your machine to run properly, so nothing better than making sure the device you are buying is fully ready to run the software.

In this article, we will survey the best Lenovo options you can get to use After Effects smoothly.

Does Lenovo work with After Effects?

It can work. Since After Effects require a high level of RAM as well as dedicated GPU, only selected models from Lenovo will work with it (but that would be the same for any other brand).

To make you sure about what you need to get, let’s check the minimum and recommended specs to run the software, starting with the minimum:

The recommended specs are a bit higher:

Also see Does Adobe After Effects Work on Chromebook?

4 best Lenovo laptops for After Effects

The Legion 5 series includes many versions with different approaches to the hardware combination. This model we are linking includes a hexa-core Ryzen 5, 32GB of RAM, 1TB of SSD, and a GeForce GTX 1650 with 4GB of VRAM.

This model has enough RAM for you to run After Effects with no trouble. The same can be said about the rest of its specs.

Since it is a 17-inch model, you will be able to visualize your work properly without the need of getting an external monitor. However, you could still do it as it counts with USB-C and HDMI ports.

Since this laptop’s processor is hexa-core, you might not reach some higher levels of performance as recommended by Adobe is having eight physical cores. However, the rest of its specs might compensate for that.

To put simply: the price. It is hard to find a laptop with such specs and build quality at such a low price.

Going up in price, you can certainly find Lenovo models with even better hardware and special treats in the ThinkPad family.

But if you want to spend as little as possible with a quality device, then go for the Legion.

Just recently Lenovo added 17-inch displays and Ryzen processors to the Legion family, widening the possibilities and lowering the price of certain models (Ryzen is a bit cheaper than Intel Core).

This laptop has absolutely everything you need to run Adobe After Effects. Starting with the processor, this beast features an Intel Core i7 (11th gen) with eight physical cores.

For RAM, you will usually find the 32GB model, but it is possible to acquire it with 64GB. For storage you won’t get anything less than 1TB of SSD, allowing your work to flow very smoothly.

Since AE needs a good GPU, you will be marveled with the NVIDIA GeForce RTX 3050 Ti. It counts with 4GB of VRAM.

This laptop can run Adobe After Effects as well as any other graphical software way beyond the minimum requirements. If you need a laptop that makes your thoughts become reality without lagging or crashing, then this is the one.

On display matters, this laptop offers up to 3840×2400 in resolution paired with anti-reflective, anti-smudge, touchscreen with Dolby Vision™, HDR 400, 600 nits.

Since this is a powerhouse, its battery doesn’t last as long as some people would like. Perhaps the next generation will improve on that.

Build quality makes this product excel beyond the competition. Dell, Razer, Alienware, and other brands have amazing laptops with similar specs. But only the ThinkPad family is famous for its durability.

Even though customers claim that the battery doesn’t last too much, Lenovo says that this model’s battery lasts more than Gen 3’s.

Also, one change that is up to you to decide whether it counts as evolution is the display: Gen 3 had 15,6 inches, while Gen 4 has 16 inches.

Check Does After Effects work on MacBook?

This is a gaming laptop, so you can count on the fact that it has a GPU, namely the GeForce GeForce RTX 3050, ready to be used for intensive software.

RAM and SSD storage are expansible and you can choose how much you want of each when you are buying. RAM can go all the way up to 32GB, and SSD up to 2TB.

The processor included on this machine is the Intel Core i7 (11th generation).

Among Lenovo laptops, this is one with the best keyboards you will find, so you won’t need an external keyboard. The display is also very bright, allowing good color accuracy.

Also, since this is a gaming model, its design is very beautiful and its cooling goes a long way to make sure it doesn’t suffer from overheating.

This beast uses too much power, so it battery doesn’t last long if you are using it for intensive software.

Its price is the main attractive considering that it is designed for gamers and counts with truly impressive hardware. If you would buy the same hardware combination from a gamer brand, you would probably spend much more.

Lenovo didn’t change much in this model for this new generation. They only changed the processor and GPU to adapt to new games and heavier software.

The ThinkPad P15 is described on Lenovo’s page as a “laptop workstation”, so you can bet its hardware is pushed to the maximum: it counts with Intel Core i7 (octa-core), 32GB of RAM and 1TB of SSD, and NVIDIA T1200.

The ThinkPad family counts with an amazing keyboard (better than the IdeaPad models), a lot of ports, and also allows for expansion of RAM and SSD capacity without much trouble.

Unfortunately, the P15 isn’t one of the models that Lenovo managed to manufacture in a slim and lightweight form. This is a minimal drawback, though, considering its raw power.

This laptop is intended to be a desktop replacement, so it should last for a long time. Lenovo makes sure that this is possible by delivering impressive build quality.

The two biggest improvements from the Gen 1 are the inclusion of a 4K display (not all versions have this, so you need to make sure what resolution you are buying) and larger battery life.

Can ThinkPad run After Effects?

Yes, as long as it has the minimum requirements for After Effects.

Which laptop is best for Adobe After Effects?

Among the Lenovo laptops, the X1 Extreme is the best you can buy to run this software.

Choosing the right laptop is not hard when you have in mind the specs you need and the type of laptop that suits you better: screen size and weight count here, for example.

Laptops for Adobe AE will be bulky in their majority, but you still have a few options to choose from. We showed you what we believe are the best models from Lenovo, so you can pick the one that makes you feel safe among them.