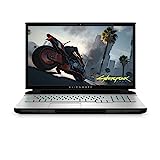 View on Amazon
View on DELL

In 2021, World of Warcraft still keeps as one of the most popular multiplayer games there is. If you are getting into it just now, it pays to know how good hardware you need to get.

Let’s check what the best Alienware laptops to play WoW are.

Is Alienware Good For WoW?

Yes. Alienware is excellent for playing World of Warcraft, be it Classic or the latest expansion Shadowlands. World of Warcraft doesn’t require the most powerful computer, so picking up an Alienware laptop grant a fantastic experience playing it.

As it is known, Alienware laptops and desktops are designed for gamers. Not only the hardware is fully optimized thinking about long gaming sessions, but these computers also come with software that helps you tweak the system to match your expectations.

As we will see on the topic below, World of Warcraft can run on less powerful laptops too. However, the game keeps players for hours long in front of the screen killing monsters and fulfilling quests.

Thus, it is good to have decent hardware that can keep up with the heavy load of nonstop gaming.

Moreover, simply having a computer that is beyond the minimum or even recommended requirements of a certain game grants that your hardware will last longer. Not pushing your hardware’s limits is always the way to go.

What kind of laptop do you need for World Of Warcraft?

Let’s finally check what the specs needed to play Word of Warcraft are. If you are not very familiar with World of Warcraft, you might not know that, right now, there are two options for playing WoW.

See, in 2019 Blizzard launched World of Warcraft Classic, a game intended to recreate the experience of playing WoW back on its original release in 2004, before the first expansion Burning Crusade.

On the other hand, you can play the regular World of Warcraft which is already on its eighth expansion called Shadowlands. Both versions have different hardware requirements.

As you can see, WoW Shadowlands requires much more of your hardware than Classic. If you are going to pick an Alienware machine, then that won’t matter much in the end.

However, if you are thinking about picking up a budget laptop, Classic is going to push the limits of your machine less.

In the end, though, neither version of the game requires much in terms of hardware. The biggest drag is the Shadowlands’ size. Taking 100GB of your HD or SSD is a big thing.

So, if you are going to play WoW Shadowlands and use the same computer to work, having an SSD should be a priority.

Picking up an Alienware laptop means that you aim for great performance gaming. So let’s check the top three Alienware laptops you could pick up right now to start playing long, immersive, fun hours of WoW.

When you check Area 51m’s product page, you will see Cyberpunk 2077 on its display. This is enough to let you know that WoW will run smoothly on this laptop.

In case you missed it, Cyberpunk 2077 was a long-awaited game released in late 2020 which requires much more VRAM than WoW.

You can choose between three configurations for your Area 51m, and each configuration has a different price. The lowest specs might fit for those that don’t feel like spending much, while the best will make everyone’s eyes shine.

What truly matters is that any version of the laptop comes with SSD. This is perfect for playing WoW without freezing or crashing.

One great feature of this laptop is that you can open it and change the CPU and GPU, very similar to how you would do with a regular desktop. This can prove useful if you plan to stick with the laptop for many years.

If you want to spend a little less on an Alienware laptop but still want a large display to see properly what is happening on the games you play, especially WoW which is action-packed most of the time, m17 R3 might be the one for you.

Even with less powerful hardware, the m17 R3 still is perfect to play WoW and any other AAA titles recently released and in the making.

Let’s say you want a more portable laptop that you can carry around both as a gaming machine and as an important tool for work or studying.

If that is the case, Alienware m15 R4 will fit your needs and even your pocket with its cheapest configurations.

To be sure, m15 R4 is only a bit lighter than m17 R3, but a smaller screen can make a huge difference in being able to transport it from home to work and college. That way you save space on your backpack.

As for hardware, you still get enough power to run most AAA games and any version of WoW that you choose to play.

Playing World of Warcraft in 2021 is a no-brainer. You can pick any decent laptop and start playing. However, achieving a good performance requires you to spend on a laptop with an SSD. If you pick Alienware’s gaming laptops, maximum performance with WoW is granted.

Area 51m is the top-notch option if you are after such a thing. On the other hand, if you want a powerful machine that is also easy to carry around, then the m15 R4 is the best pick.